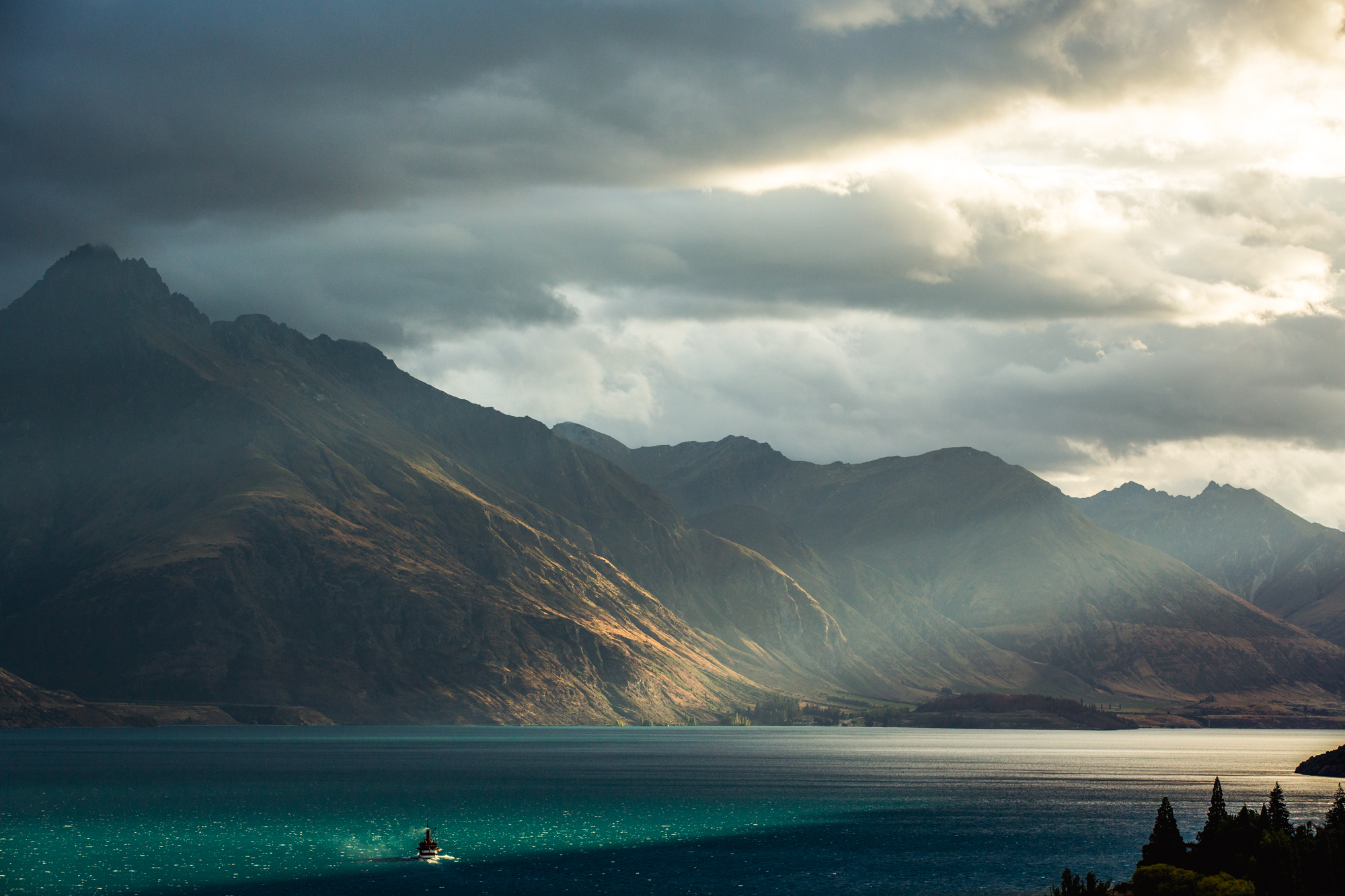 Ah!  Hello!  Didn’t mean to abandon this space and neglect the readers like I’ve done – just been having too much fun!  But, when Mom and Dad start texting asking if everything is all good, it’s time to send an update home.  The good news is, I’ve been having more fun than I can shake a stick at, and in no particular order, here are the top events from the past month:

The view from home isn’t too bad nowadays.

I lived in my van (spaceship) for most of January and a little of February.  Sometimes, it turns out the random person you rent from is a legitimately batshit crazy.  So, that was an interesting change of pace, but thankfully, I have some amazing friends who lent me some space in their driveway for a time.  One roommate has taken a long holiday, so I’ve moved inside and I’m currently renting her room while she is away.  So, for the remainder of my stay in eNZed, I have a real bed!

Out for a ride-and-shoot with the lads!

I’ve actually been working, writing and shooting.  It’s been good warming up the creative part of the brain in preparation for the coming months.  Descent World is picking up the pace as well, in a similar fashion, gearing up for the 2016 season.  Tommy and I have a lot planning, so don’t forget to keep an eye on us over there!

The biggest news (which I casually forgot to mention) was I managed to get not one, but two photos published in the February, #65 Issue of Spoke.  That was a huge moment of me, as I hold print in exceptionally high esteem.  To be published in ink, in a wicked magazine, is the real “Big Time”.  I of course went out and bought a copy of the magazine, and it is currently sitting on my dresser in my room.  The one aspect that I enjoyed the most, was not telling either of my friends that their shots were getting put to paper – it was a total surprise for them both!  Good times!

Grab a copy to see the other photo!

Perhaps of equal (or greater) noteworthiness, was my nomination and forthcoming participation in the Deep Summer Photo Challenge.  This annual event is run during Crankworx, and with the addition of the Rotorua Crankworx (in addition to the ones Whister and Les Gets), the event organizer thought it would be a rad idea to have another arm of the photography competition in New Zealand this year.  To be asked to participate was quite a surprise, and something I am extremely stoked about.  The event has a lot of prestige surrounding it, and to me, it is a pretty big deal!

The Remarkables, as see from Coronet Peak.

I managed to extend my visa as well; I get to stay in this haven at the bottom of the world for a little bit longer this year.  I want to ride the NZ wave as long as possible!  I’ll be leaving here, heading back to the US very very briefly, and then it’s right back off to Europe for the opening round of the 2016 World Cup of Mountain Biking!  This year has started off at full-speed, but I’d have it no other way!  I’ve been loving riding as much as I possibly can with all of my friends, and managing to get some work done in the interim.  This lifestyle is pretty atypical, but I’m reveling in it so far, that’s for sure.

Eddie getting sideways during a #WynyardWednesday session.

Stay tuned for all the wild times ahead!