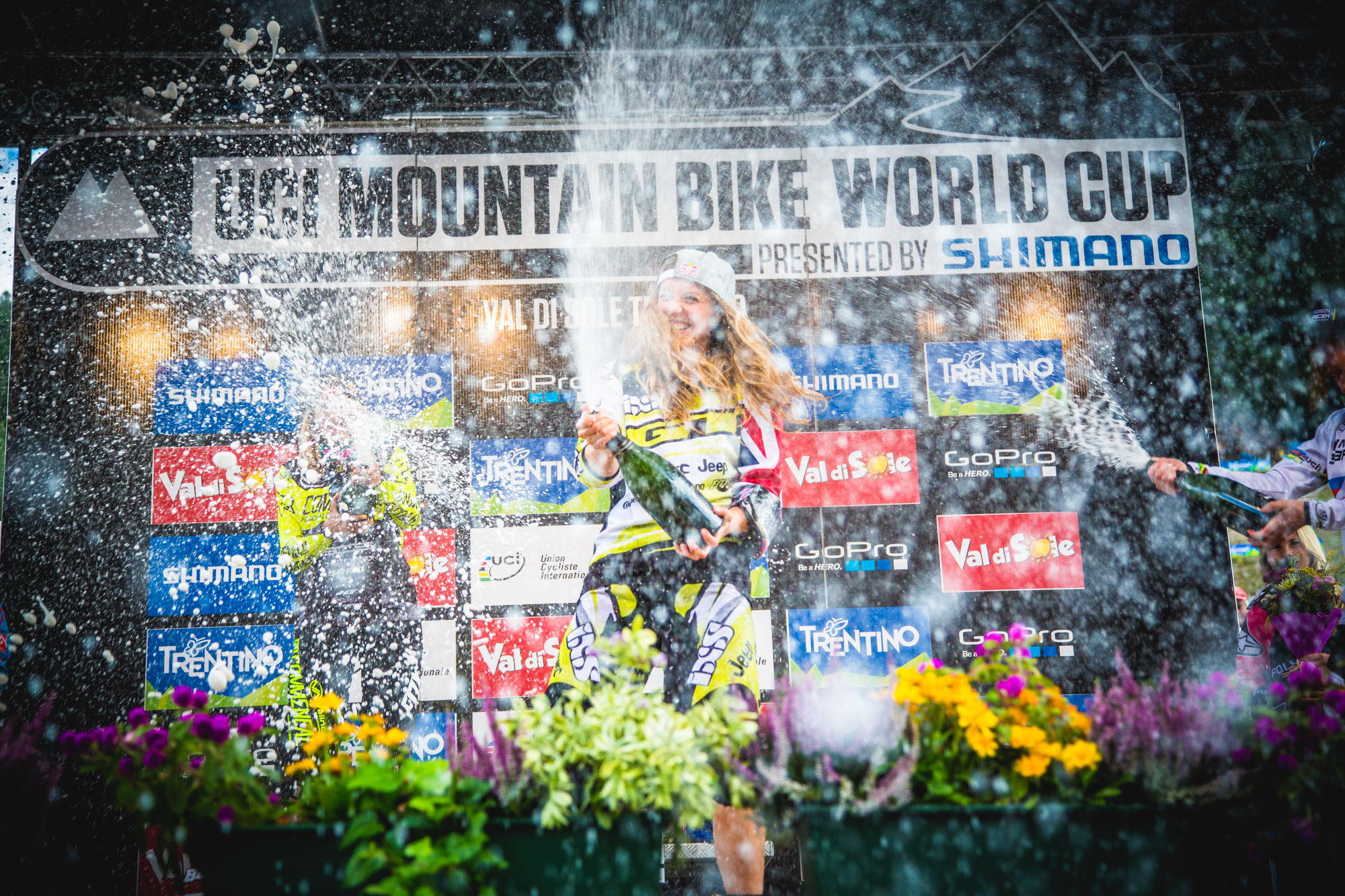 The final round of the World Cup in Val Di Sole did not disappoint.  The racing was exceptional, the track was insane, and the weather was perfect.  It was a tremendous culmination to a memorable season, and I am still so excited to have been present for so many amazing moments, on and off track.

To relive VDS, here are the links to the Track Walk, Practice, Qualifying, and Finals coverage I put together with Descent World.

We had a week off in between Finals and World Champs, so I managed to get myself to Morzine, France.  This little French alpine town is a hub for mountain bike activity in the summer, so a lot of racers camp out in this refuge between the European rounds.  A huge thank you to Northern and his roommate Stew for providing me with a couch to sleep on, and a house to call home for the interim.

I managed to ride a little bit, which was great, and I also attended Eurobike with some friends…which was interesting to say the least!

Now, we’re all regrouping and getting ready for the last event of the season in Andorra.  World Champs is going to be intense and wild without a shadow of a doubt.  Stay tuned in for that coverage on Descent World, and in the mean time, here are “101 Finals Photos That I Thought I’d Share”.

The man of the year, Aaron Gwin rewrote the book on what it means to race a bike down a hill. Unsettlingly fast in 2015, everyone is wondering what Worlds and 2016 will bring. You winner on the day, and World Cup champion.

The best moment of the year right here. Rachel Atherton (1st) carried Emmeline Ragot (5th) out to the overall awards, as Ragot is still recovering from injuries sustained at MSA. After the trophies were handed out, Ragot sat on the podium with Atherton and Seagrave, and annouced her retirement from the sport. Her years of racing were exceptional, and she helped elevate the Women’s race to the level at which it now stands. Her presence on track will be missed, but we will likely she here in the pits as a physio for one of the teams next year!

Loic and Boris hug it out after a wild season.

JOHNPARKINVIDEO gets up close and personal with Eddie for RedBull.

Eddie turned a lot of heads this season, so he was in high demand after Val Di Sole Final. (Ft. Sven)

Casey and some guy…