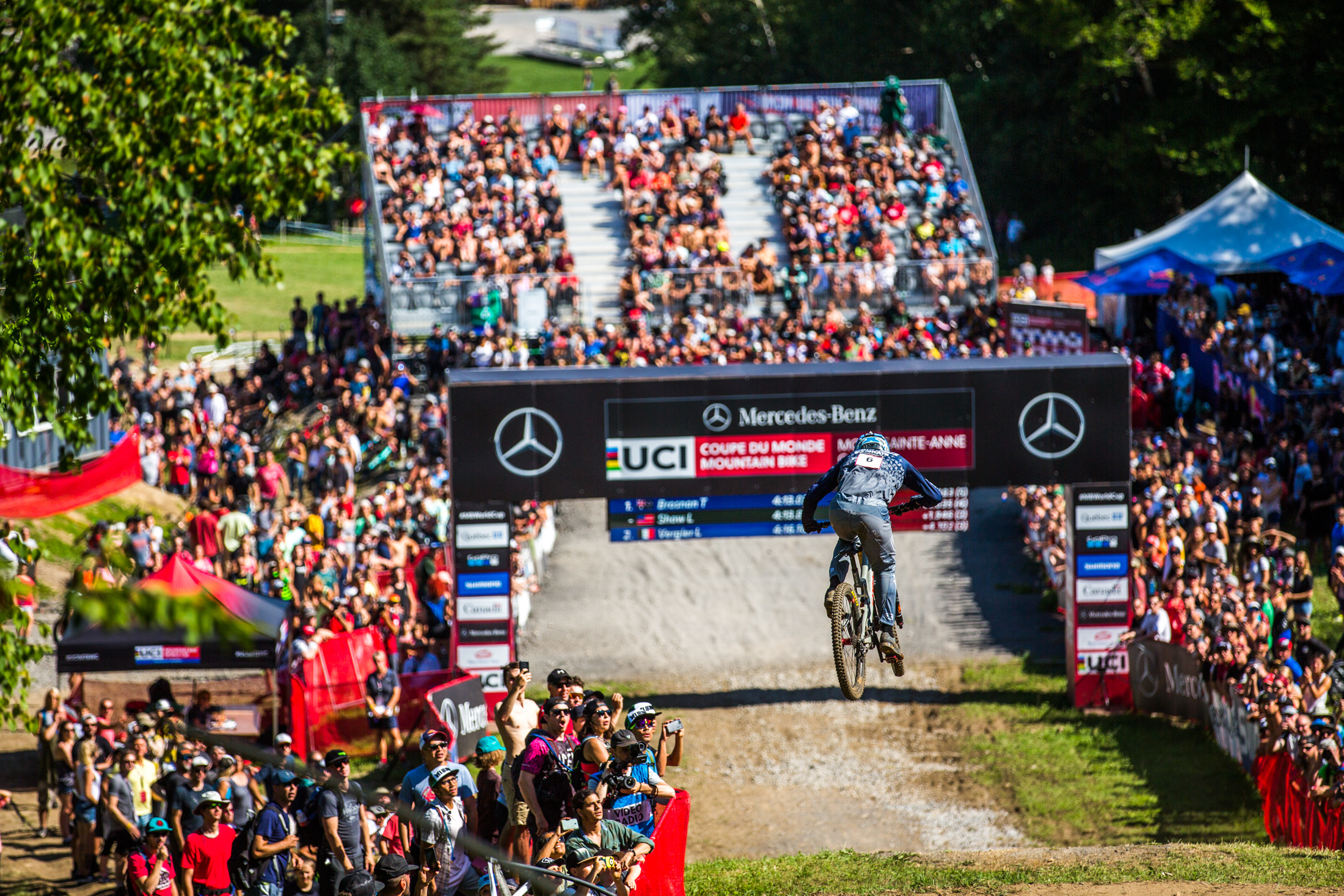 Twas a beauty of a day for a race. The Women’s race was a battle against a track which had up-and-gone from the time they practiced at 8am to when they raced at 12:30pm. Not a super fair thing in my eyes. But, they cracked on with it, fighting it out, bike against ruts and rocks. It was Rachel Atherton who found the fastest way down to take the win, with Tahneé in hot pursuit. Notable was Mariana Salazar in 4th, especially impressive as she is the smallest rider in the field – mini but mighty! Within the ranks of the men, it was a bit of a guess about who would be fastest, as riders’ were showing varying levels of comfort in many different sectors of the track. The big move of the day was Greg Minnaar’s gap, a formidable tug, which interestingly enough proved to not really be faster, just rad. In the end, Loic Bruni put down a scorcher of a run to win his first WC of the year, closely followed by Troy Brosnan. The following photos are just a collection of cool shots and some relevant ones regarding results. A lot of pan shots exist, as the 1DX shit the bed again, so the 5D MKIII took the reigns but was feeling slow. Technical issues aside, it was a fun weekend back in the B-Zone, thanks for tuning in!

[Ed note: click on the tiled photo clump to view individually and read the captions]

Move of the weekend.

The “Simba Huck” or whatever everyone was calling it…

The only other rider to do it than the pioneer seen here, Greg Minnaar, was Thomas Estaque…who did it in practice without warning in front of everyone after standing around for ten minutes.

Tahneé knew she’d had an imperfect run, but as she said as she rode off, “Onto the next one!”

MSA is about who can suffer the best. Tahneé’s hands were cooked after her run.

Tony, reflecting with Tahneé about her wild run.

This helmet prefers to be one step higher…

Riding on the limit the whole way down, Rach was pleasantly surprised to take the win.

Neko dropping into the finish after his first race with the new sleeve.

Spidey was chillin in sun enjoying the finish arena spectating.

Beauty of a day, Thomas Estaque scrubbing into the finish.

Big return to form for Gee with an 8th in Finals.

A casual fifth place for Loris.

A big win for Loic!

Waiting for last rider down….

Now we all sing along!

When everyone is stoked for you.

Amaury won the overall with his 4th place finish with a round still to go.