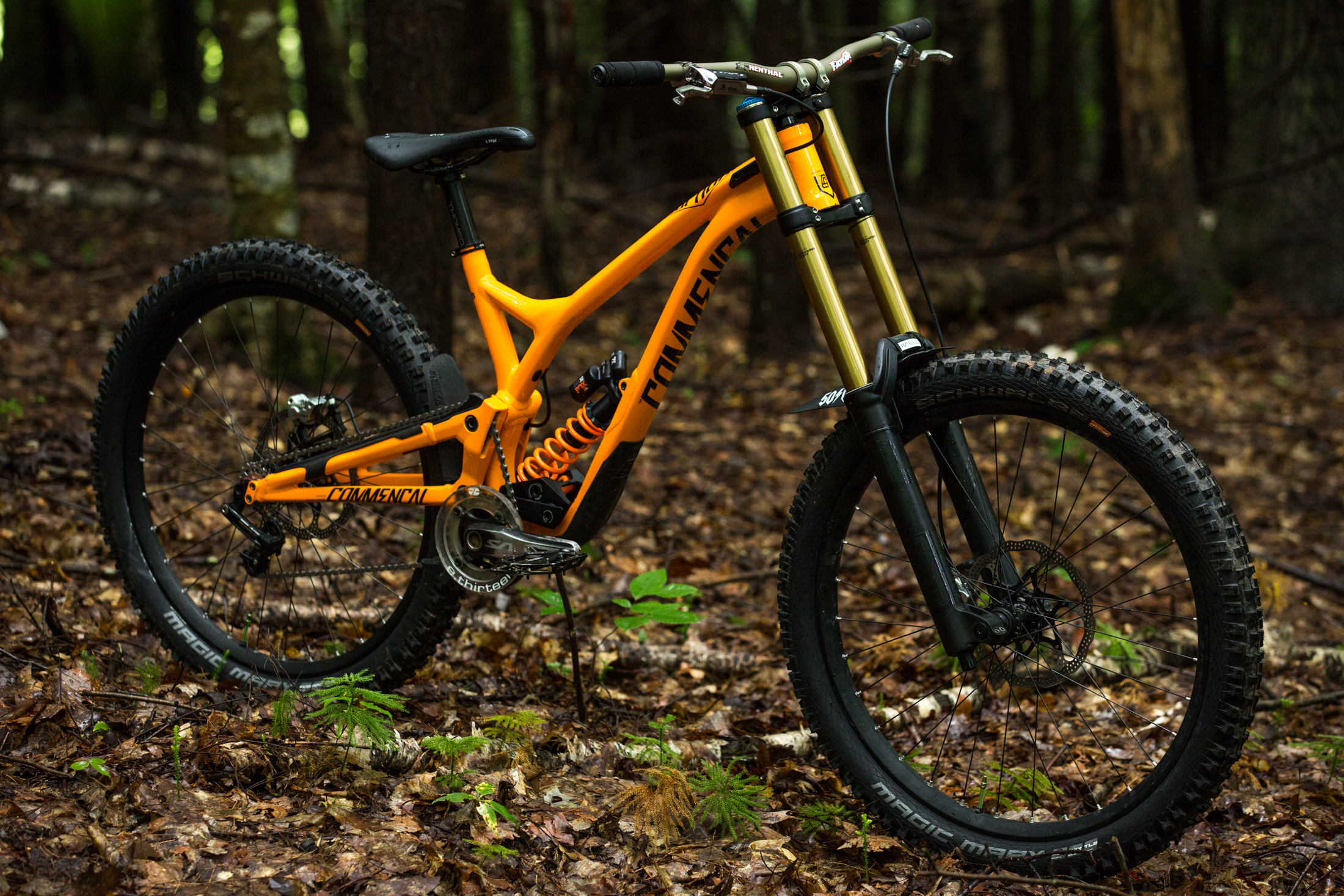 I will never not own a DH bike. To me, it is the ultimate contraption for fun. This is the new race rig, and I’m fired up about it.

I remember the first time I watched the gen-1 version of this design functioning as intended, and it blew my mind: Remi Thirion, MSA, 2015 – he cased a huge rock, the bike extended, and he continued on like nothing happened…no momentum lost. After that moment, I felt this is where the buck stops for current race equipment, which continues to hold true in my eyes with the V4.2 (in both wheel sizes).

This bike was bought because I wanted an up-to-date DH beast, and that’s also been part of reinvigorating the “race enthusiasm”. It is actually the first “modern” (geo / weight / wheel size / etc) DH I’ve owned. As I mentioned a few posts ago, I put a pause on racing a few years ago, but I’m curious to get back between the tape and put down a time again. It took a couple days to build and a dial it, but now it’s ready to ride, and I’m stoked.

Special notes about the bike:

It is a single-speed drivetrain. I’ve had this setup before on my Zerode G27.5 and I was a big fan. The current ratio is a 32/15, which is a solid sweet-spot at the moment, but I’ll have with me more cogs to potentially swap in at a race just to have the bases covered. The tensioner is the Alfine from Shimano. There are a few options around, but this is the most available and it has a seriously heavy spring in it which is helpful. The chain is sandwiched between two 17t cogs for guidance, I just think it looks cool – the bottom cog is just the lock ring, and I wasn’t in the mood to try and dremel the teeth off. I’ve done it before, and it is really tedious; it is some seriously hard metal.

The LG1 guide has been modified a little, the end of the lower pully slot was cut off so the whole pully could be removed for maintenance. The pully itself has been shaved down a lot to accommodate the bashring I am also running in conjunction with the taco.

For rubber and hoops, I built a set of DT Swiss 570’s laced to DT Swiss 240s hubs. Mounted on there are Magic Mary’s in 2.6 with Cush Core inside. The tire size is an experiment, I usually just run the 2.35’s like everyone else. The Cush Core is not an experiment, I am a big fan of it.