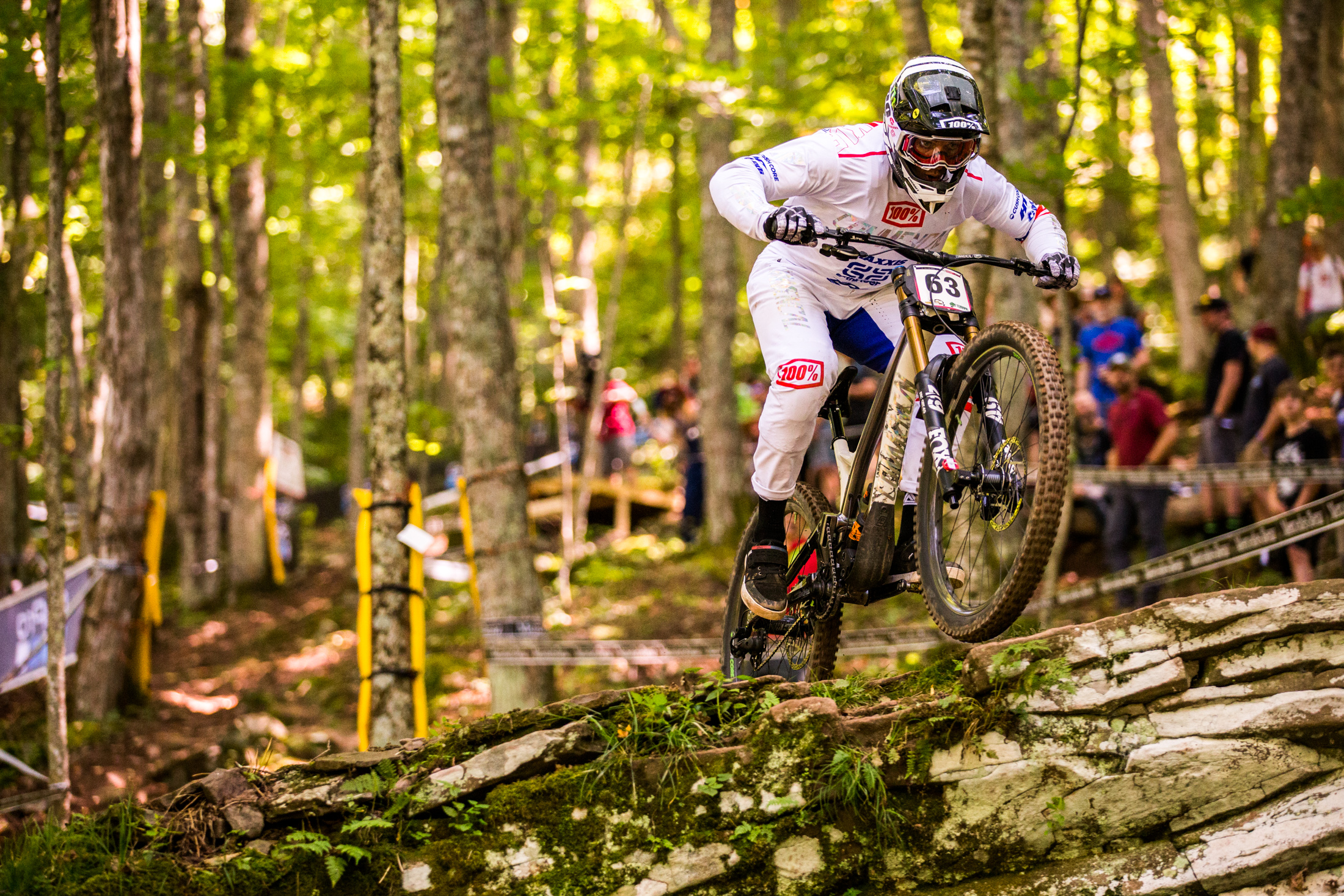 Waking up inside a cloud isn’t too inspiring for 7am. Thankfully, by the time riders dropped in, things cleared out a bit, eventually burning off midmorning and giving up a beauty of a day with sun out and blue skies. With a drier track and lines burned in, the real speed started to show across the board. It’s always exciting to see riders step the pace up that much more during Qualifying day, and with overall championships on the line, there is a more purposeful look to the action. The track remains technical and tricky, with minor line choice differences creating big outcomes.

The storyline is partially that of the overall, but at the moment, it is also about the inspired riding by the home-soil athletes, with four US riders inside the Elite Men Top 10 (Harrison 3rd, Shaw 6th, Norton 7th, Klein 9th). Great to see New England local Mazie Hayden make the cut in Elite Women in 13th after a long summer of battling all sorts of weird issues at races outside of her control, namely catching slower riders and having huge crashes because they fall in front of her – which I’d heard about, but then her dad expanded upon during a chat. Amateur racing is really challenging, and not always for the reasons one would imagine.

Finals will be a madhouse, as American fans are notorious in their ability to “celebrate” and find the spirit of the event. The racing will be quite interesting as well, more so than some other rounds, as the track continues to require that subtle touch of smoothness and accuracy to both go fast and continue to go fast. In both Women’s fields there is a very large variance in who is riding certain features/lines and missing others, the outcome of which could be the race would be won or lost – but it’s unclear which of the dos/don’ts actually matter, even by looking at the Split Times. For both Men’s fields, it also feels like it’s still anyone’s game, considering how wildly varying the Split Times were in relation to the final position.

Set aside the time in your day to watch the live feed online, this is going to be one you’re not going to want to miss.