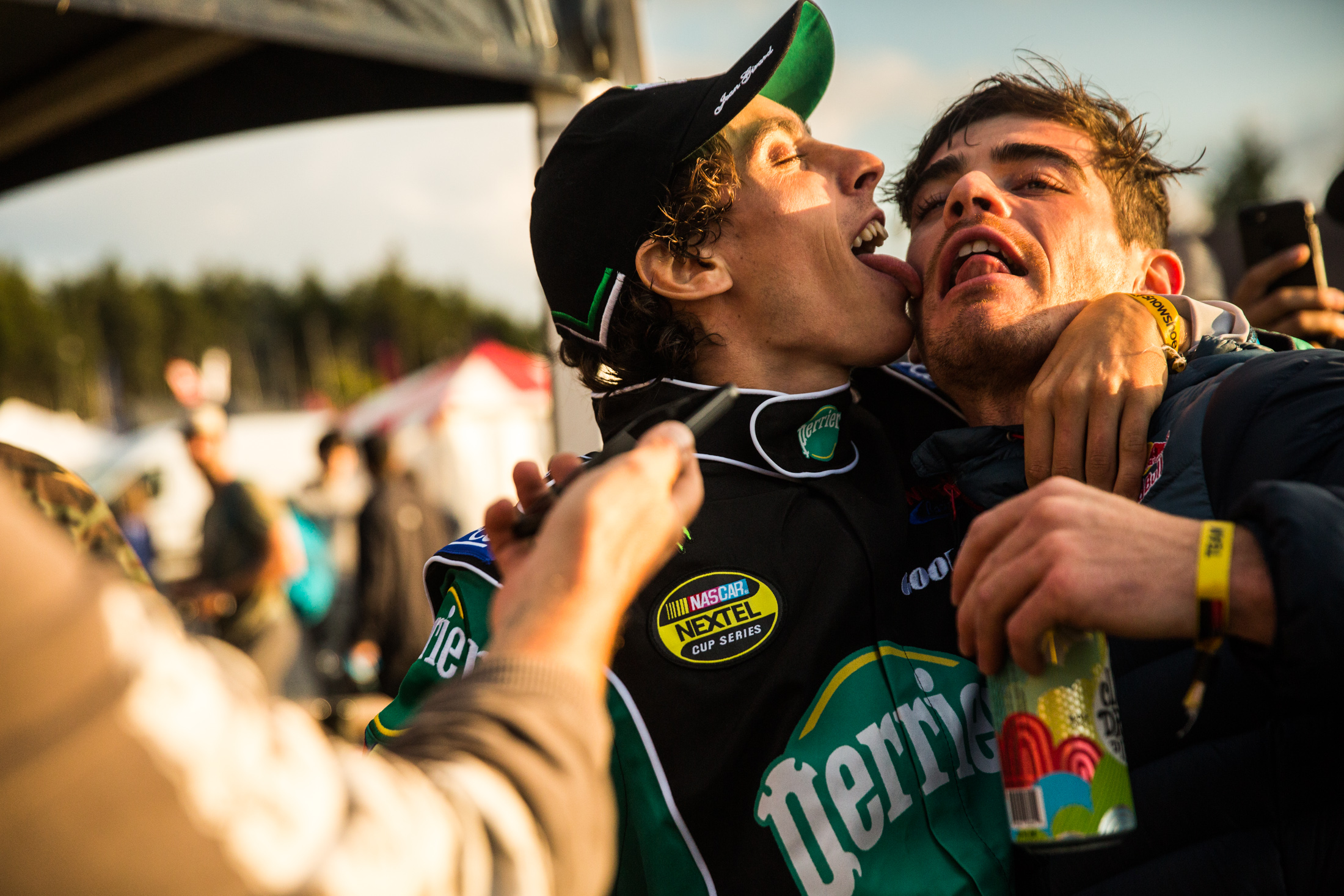 Snowshoe provided one of the most nail-biting finishes to a DH Final in recent memory. The weather cooperated, the track and conditions were equal for all racers, it was a sunny and sublime finish to the season in beautiful West Virgina. Fan attendance may not have broken any records, but the enthusiasm and excitement was not lacking – the decibles thundering through the lower valley of the finish would have fooled anyone into thinking it was a stadium. What was particularly unique, was that the audience was nearly entirely fans of the sport, as only the dedicated and truly interested trekked out to the remote hill. Riders commented on how it was wild to hear their names being cheered out to them top to bottom on the track, as European rounds tend to bring in a much more varied/less knowledgeable crowd of people, not just the hardcore fans like this weekend.

Coming into the week, the points race in Elites was super tight. The season has been full of super tight racing, with riders elevating the pace to a remarkable level. So close was the summer of racing, that it came down to the American final to determin the overall winner. In order to maintain and win the Overall, Tracey Hannah needed to finish 6th or better if Marine Cabirou won; Loic Bruni needed to finish 3rd or better if Amaury Pierron won. The suspense was heavy, as the track was dealing out some bad hands to riders via mechnicals and crashes all week leading up to Saturday. Everyone was certainly hoping for a clean day of racing. Once racing commenced, the last hiccup that could happen was the weather, which despite rolling some dark clouds through intermitently, held off and provided some excellent sunshine and a light breeze – actually a great day for a race!

Neither overall winner won the race; both cut it super close too. In Women’s, Tracey showed some wise racing, managing her season and final Final run of the year well, perhaps a little too well though – 5th place is better than 6th, giving her the Overall win, but also giving everyone in her corner a big ol’ case of “Ohhh noooo…!” as she kept losing time down the track. Being the last rider down, it was all up to her to produce the winning results, her fate was her own to make. Crossing into 5th and celebrating confused the audience, but soon they picked up on what was happening and immediately backed her with big cheers. Tracey has been battling for a big title since she arrived back on the scene after a hiatus through her early 20s. Walking away from a hard-fought season with several race wins and the lauded World Cup Overall title is something special, joining an exclusive list of racers, one with only seven other names on it in the past twenty years.

As Loic was on track, Amaury was in the Hot Seat. If Loic won the race, that was that… but, today spared no expense in making suspense its main theme. He crossed the line into 3rd, with Danny Hart still to drop. Danny had to win for Loic to win the Overall, or go slower than 3rd, which seemed unlikely – but 2nd was also an option, which would send the Overall over to Amaury. It was crazy to watch one of the loosest runs on the big screen, knowing that it was actually the outcome of a different rider’s race run that would determine which of the young Frenchmen would take the home the coveted glass trophy. Danny crossed the line into first, winning the final round after winning the opener, only a few months prior. The spotlight was on the Bruni/Pierron story, as Bruni in that moment was crowned the Overall winner for men, but Danny put down one helluva run, with some curious lines and generally wild riding, as he does.

The take away from the week, the season, is that DH has a deeper field, higher pace, and level of precision like never before, it is fast approaching a similar echelon like that of motor sport and alpine ski racing, where the talent has risen to a truly exemplary level, producing some of the finest racing to date. I took a two-week “vacation” to attend World Champs and then the World Cup Finals. Though it was anything but relaxing, it was a properly fun time with friends out on the hill. It was great to be back, I was reminded as to why I really care about this sport so very much. Until next time, thanks for joining along on this quick return to The B-Zone!

One thought on “Monongahela Madness”