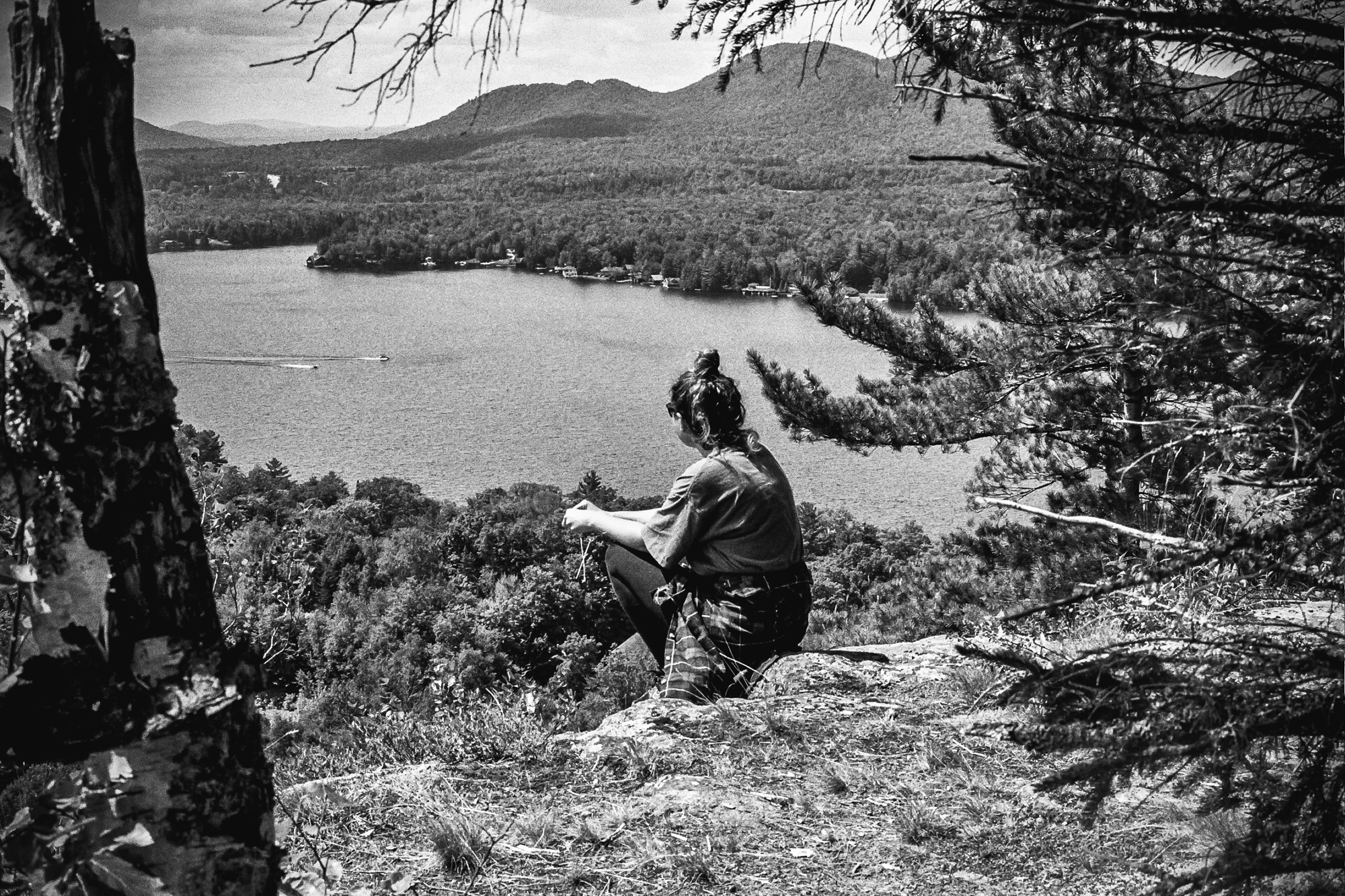 Film photography is a super-hip hobby to have these days.  Old is new again as is always the case, and kids these days love that, “Vintage Look and Feel” film gives a shot.  Whether it’s Color or Black and White, the medium has a magic to it which I think has been lost on most people who use it for its, “It-Factor”:  The suspense of waiting and hoping you got it right.

I just had a roll of film developed that I had been shooting for over two years.  There are photos on there from before the Summer of 2013, and I only finished up the roll in July of 2015.  This particular roll of film was not some “artsy” undertaking, where I intended to bare my soul through weird abstracts or cliche angles.  To me, I wanted to capture the people in my life, at specific moments in time.  Each one of the shot was methodically taken, and carefully considered for all that it represents.  I love portrait work, and I wanted to create a special little project out of this roll of Kodak 400 B&W.

The one tricky thing about film, is that it’s hard to share digitally.  The scanner being used to translate the film can have a strong impact on image quality, and I think that the one used for this set was not of the highest quality.  But that aside, I think the story behind each photo makes them worth sharing, even if they are not of “print quality” – hopefully I can find someone with a better scanner for the next roll.

In the mean time, take look back in time with me:

I spent six years enjoying this view in downtown Burlington, Vermont. This angle has been shot endlessly, but it is an iconic spot by the water, and on where I have spent many a time just gazing out towards the setting sun. ||Summer 2013 | Burlington, VT ||

This is a secret spot in Lake Placid, NY. It is one of the best views of the 46’ers in the Adirondacks. Here, my dear friend Jess, who I’ve known since our first year of college, takes some time to soak in the sights. || Summer 2013 | Lake Placid, NY ||

My younger brother, Nate, wasn’t too keen on having his photo taken – but, I did anyways; just another day on the dock at the lake. || Summer 2013 | Lake Placid, NY ||

There were heavy storms this summer and all sorts of stuff was washing ashore. Being fans of the book series, A Song of Fire and Ice, Jess and I agreed that this was to be her “Wooden Throne” at Kings Dock. ||Summer 2013 | Lake Placid, NY||

We met while I was reading in my hammock and she was in the sun on a blanket studying. || Summer 2013 | Burlington, VT ||

Teammate and close friend, Meredith took to the pages while we took to the grill during a race weekend. || Summer 2014 | Windham, NY ||

The Windham World Cup has been highlight of the summer for many of us. In 2014, I decided to get media creditation for the event and see what the it’s like to be a proper Media Squid (and look where I am now!). Featured here is Harry Heath, a wicked rider and top lad. || Summer 2014 | Windham, NY ||

This is the second attempt at this photo, three years after the first try. I think it speaks for itself. || Summer 2014 | Burlington, VT ||

Friend and team mate, talented builder and all around nice guy, Eric does some prep on his race bike after practice on Saturday. || Autumn 2014 | Roxbury, NY ||

Taking a well-earned sieta from shooting and riding, Jared and Jordan spin a yarn in the parking lot. || Autumn 2014 | Roxbury, NY ||

A long-time friend from college, I bumped into Andy while I was eating sushi under a tree. She’s a remarkable woman, and it made each of our days seeing each other. || Summer 2015 | Burlington, VT||

Reunite on the other side of the World, Laura and Jana were visiting the US after NZ (where we all first met), and we made a plan to meet up when they were on the East Coast. Too cool! || Summer 2015 | Burlington, VT ||

Sometimes, using apurature to compensate for a lack of light makes for a weird-depth photo. A self portrait that is fittingly weird. || Summer 2015 | Harlem, NY ||

Jade is an amazing human; here she takes a moment to enjoy the warm evening grass. || Summer 2015 | Central Park, NY ||

Climbing out onto this fire escape may not have been well-advised, but the view was cool, and this portrait of Jade came out. So, it’d say it was worth testing the shakey castiron structure. || Summer 2015 | Harlem, NY ||