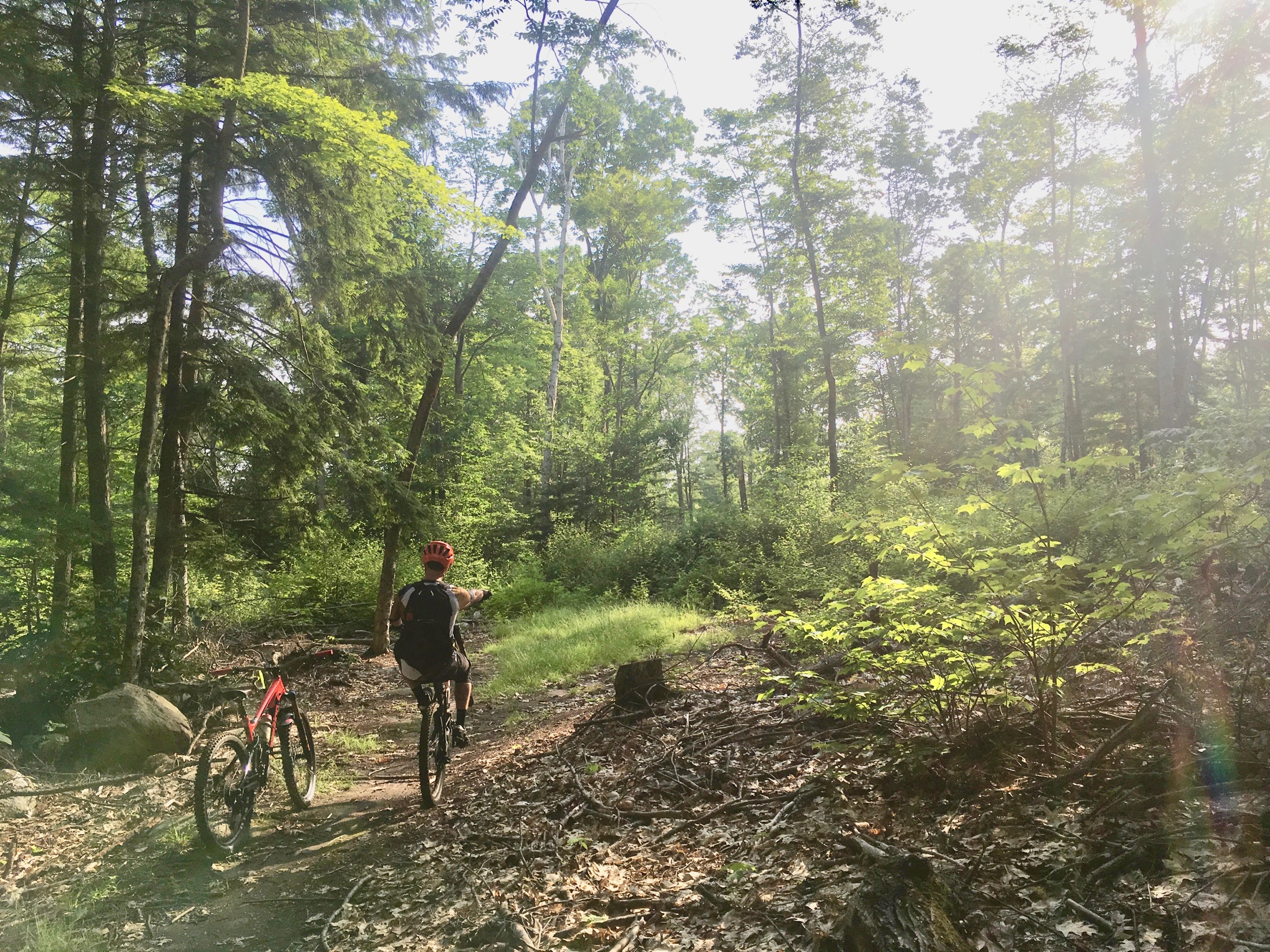 I am a big fan of Strava, mostly.

The reasons I enjoy the app are three-fold:

The reasons I don’t enjoy the app are thus:

Weekend Warriors (jk) ascending to one of the wildest descents regionally.

I started using Strava on June 13th, 2014. The first ride logged is 6.7 miles, with 820ft of climbing, and it took 1hr 4min. Since then, I have tallied 293 additional rides using the app for a total of 2,269.7 miles “officially” uploaded. At the inception of my recorded history, I was hovering just under 200lbs and was keen to set some PRs in the gym. 5 months later, as I set off to NZ, I was just shy of 225lbs. Why does this matter? Once I realized it sucked weighing that much, Strava became an integral part of my attempts to trim down. It cataloged me getting faster with average pace, it reminded me how much more fun trail riding was getting as I got into better cardiovascular shape v. powerlifting shape; it was my own little reminder to just get out and grind, no one was going to do it for me.

My Garmin can’t measure roost-factor, which is a little disappointing.

The obsession with logging miles, pushing myself to be faster, seeing how I stacked up against others…it fed a flame that had been flickering weakly for a number of years. I’d been an elite contender in DH racing at one point, but my desire to “try” had tapered off for a plethora of reasons. I don’t care about other people’s efforts, I am just really internally competitive. Strava made me want to try again, to better myself, and in doing so, helped me enjoy riding a bike again because it forced me to reassess my diet, training, and outlook.

Rainy days aren’t for KOMs, but that’s not what it’s about anyways.

Through the hours, miles, and uphill grinds, I found my love for riding again. I enjoy a good climb now, I think it’s fun to go out for a long ride…I still seek out the descents, but to me, it’s a whole picture. For a decade, it was only about lift-access and gravity. Now, it’s about getting out to new places with friends, exploring and experiencing the unique ribbons of dirt around the world – and being able to catalog these occasions. When I meet people, who seem to live and die by the Strava segment, I feel sorry for them, because they are missing the point. While I too think it is cool to smash a section, take a cheeky snipe at a particular segment, I think that it’s all about doing so while out on an actual ride.  In the past, you’d race your buddies during an actual ride, sort of to just fuck with each other. You’d never have soft-pedaled until you reached a spot on the trail and then hammered, you’d be trucking along and then try to drop your friend – that’s what used to separate people, just being a dick to your friend because it’s funny to dust ‘em! Now, it is dictated by coordinates, which aren’t even precise, and it turns into everyone sitting around on their phones after the ride, scrolling.

To me, the real reward isn’t an emblem on a screen. For me, having a friend say, “I looked up and saw you coming down the off camber and thought, ‘holy shit, how’s he going to make that corner?!’ You were hauling…I heard you before I saw you.” That’s better than any app’s praise. The classic bragging rights that are gained and given by the people you share the ride with – GLONASS can’t gauge the amount of roost you kicked up, GPS doesn’t know how sideways you were in that corner or how you elbow tucked that tree on that climb…but your buddy who was chasing you sure does, and the group is going to hear all about it not long after, no upload required. After all, isn’t half the fun of riding together, the banter and shit talk? The real measure for how sick the ride was should be with fist bumps and high fives, not with average pace numbers and little digital medals. A ride was rad if you all think it was, regardless of what the data says. I like to measure a ride in width-of-grin, not in Watts or miles.

Proper post-ride chillin’ with the man himself.

Want to be friends on Strava? Find me: MTB Jesus #MOGLIFE