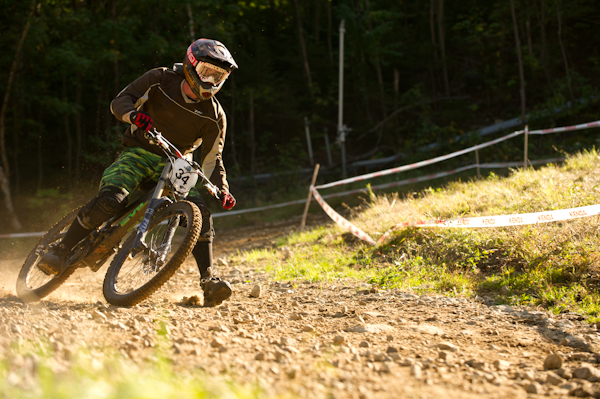 It’s been a quiet summer. For the first time since 2015, I’ve been home…just hanging out.

Downtime is good, provided enough time is spent being constructive and/or productive. I’d say the mix has been 70/30 on time spent idle/time spent doing something productive. That is to say, I’ve spent a lot of time not doing a whole lot furthering myself professionally. But, that’s ok as far as I’m concerned… I haven’t incurred much debt this summer, and I’m decently stress-free. In the quiet moments between spending time with people and riding, I’ve been mulling over the path I took to get to this point. It has been a weird trip and diving back down memory lane has been strange, perhaps in a good way – the jury is still out on that though.

Friends have been on my case to get back into racing DH, particularly now that I’m actually around for more than two days in between events. I always said after I stopped racing, that I would come back if pricing on race entries came down or I didn’t need a license. Turns out, both of those things happened, so I’ve been working my way back towards the idea of getting into The Start Gate again (ha…ha). I attended two races in earnest, practiced, and then didn’t race – once because of the race having technical difficulties, and the other because they ran out of timing chips. So, for the moment, I’ve been spared the knowledge that I either suck or haven’t gotten much faster/slower. Furthermore, I’m waiting to get a new DH frame, as I’m tired of riding DH bikes that are too small; I was riding a bike with a 415mm reach, not 425mm like I thought (long story), both of which are still too small. I’ve actually never owned/raced a properly sized DH bike. Perhaps I’ll manage to get what I need in time to attend a race of my choosing and compete before the 2018 season is finished… how suspenseful.

There are the results, have a peek if you’re a fan of good notes and numbers:

In the meantime, this seems like a good spot in the story to look back on a seriously strange “race career”, one which saw tremendous success during the early part of the century (2006, 2007, 2008, 2009), quickly followed by some properly shit times in the last decade (2010, 2011, 2013, 2014, 2015; didn’t race in 2012). It is hard to say, “what could have been”. After an illustrious stint in Juniors, my leap into the Elite ranks had a decently strong showing in 2009, after which the results show what happens when your mental health takes a dive; not ideal. And so, when the racing was no longer fun, it was time to be done with it; 2015 is the final year currently on my Roots and Rain profile. I had lost the fire, which I needed to rekindle, a common tale.

Just a line with some dots, but the stories attached are so much more…

I spent 2015 through 2017 traveling with my laptop and camera gear around the globe, watching the best in the World do their thing. It had once been a goal to be between the tape I sat underneath during those years, but I think I got faster from being next to the action rather than in it – I saw what bikes could do, and I am a visual learner. No one will be scouting me as a potential addition to a team any day soon, but I am confident in saying that I am faster now than I was when I used to race…some of that may be better equipment too, but it’s not about the bike right? Through my spectating I found I was reinvigorated to be a better rider, get in shape, and start having fun on a bike again. I now get told off for setting too fast of a pace on climbs, which is something that was a laughable notion just two years ago.

Finally being in a comfortable place, mentally, I decided today to have a look back on the years of racing which I fondly remember, curious to see what they’d look like on paper. Being that my hay-day was before the online cataloging of results, I somehow had the forethought to keep semi-meticulous notes of all my results/races from 2006 through 2010 [Roots and Rain just added a few extra years of results, which is neat!]. From these Excel Sheets, I have race notes, placings, times, and comparisons for half a decade of racing – to me, it’s a treasure-trove of memories quantified. To boot, I have photos and video clips from all of those years as well, many of which I’d forgotten about; fun to see the different bikes, kits, tracks, and podium photos. Looking back can be difficult at times, but in this case, it was important to do. I’ve been reminded of the good times, and I’m at a point where I can reconcile the bad times.

The history of the East Coast DH race scene is storied with wild highs and disappointing lows. To have a record of the formidable years of my young adult life and years of racing is something I dearly value and am thankful to have around. Things are very different now, but I am also reminded that I can still try again, return on my terms and have a go at the stopwatch again if I so choose. The lingering interest keeps the idea fresh in my mind daily. As it is said, “Never say never!” and in the meantime, I’ll keep shooting, writing, and being a Strava Warrior.

See you at the races, maybe from inside the tape!

Questionable things at the USO, ’07