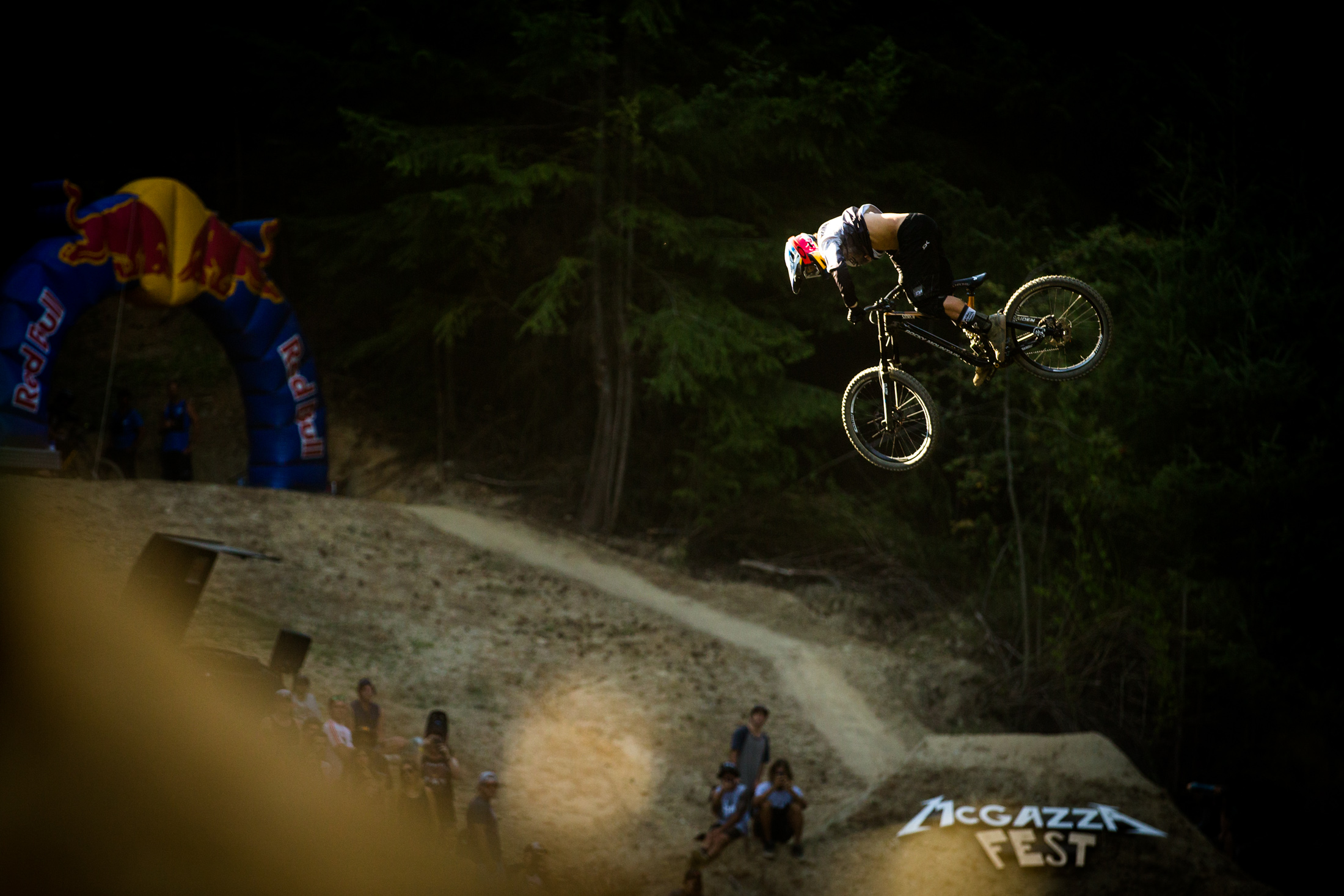 Forward: This piece was never published in the original place for which it was conceived, which made me quite sad. Nearly a year later though, it still feels relevant. With McGazza Fest 2019 only ten days away, I thought it would be pertinent to showcase the hard work, sick riding, and moving memories people shared to honor Kelly. There are audios from riders at the event mixed in, lead out by a list of friends sharing a fond memory or two. The last audio in the stack is a mini-podcast with Fraser Gordon where he talk about the Kelly McGarry Foundation and what it’s all about. I hope you take the time to check out some of the wicked shots from myself and additional contributors Callum Wood and Sven Martin, while listening to the stories and stoke from those in attendance and behind the event. Thanks for tuning in to this special piece!

A special thank you to those who took the time to sit down with me and share wonderful memories of Kelly, it was powerful listening about the love and excitement he carried with him, always.

Kelly McGarry, a friend to all, a hero to many, and a tremendous human on a whole.  His passing was untimely, deeply saddening, and it shook the mountain bike community to its core.  I was fortunate enough to know McGazza and have shared a laugh with him.  Many people around the globe have this is common, and it goes to show what a bright light he cast on everything, wherever he went.  Queenstown, New Zealand is where his legacy is strongest as it was the place in which he lived, worked, and shredded harder than most.  This year was the second anniversary of his passing, and the festival honoring his memory, McGazza Fest was once again a tremendous outpouring of stoke, friendship, community involvement, and celebration of a life well lived.

The three-day event was comprised of gatherings which McGazza regularly enjoyed.  The first event was a Mega Train on Friday evening held up Skyline, which was more about just having a laugh and sharing an evening lap with friends.  250+ riders made their way down the hill, kicking up a dust cloud which drifted out of the trees and over the town as everyone made their way down to Atlas for apré beers and laughs.

Next up on Saturday was a Fernhill loop ride, which was dubbed, “McGazzalanche”.  Similar to the Fernhill Frenzie, this event was capped at 200 riders, was no-holds-bar (“You can take people out with your elbows, but not your bars!”), and had a heighted level of rowdiness – just like McGazza enjoyed.

Later that evening, a massive jam was put on up at Dream Track.  This was where the action really took place and people got their huck on in honor of the big man.  It was an electric show and wonderful display of riding and community.  The after party at Lonestar was packed as awards from the Fernhill race were distributed along with raffle prizes.  Bro Hymn, by Pennywise was the closing song for the gathering and it was appropriately rugged.  Bodies slammed, blood was draw, and everyone was smiling and singing along at the top of their lungs the whole time – just as it should have been.

The third day started with a ride/hike up to the top of Coronet Peak in 31-degree Celsius temps under a blazing hot sun.  Many riders were present after only a couple hours of sleep, their sweat likely possessing a low ratio of water.  The grind/push to the top was rewarded with a magnificent view, a light breeze, and some good yarns.  Descending was a treat, the party train running full steam through a dusty haze, which resulted in a lot of, “I couldn’t see shit!” stories each time we stopped.  Closing out McGazza Fest, another riding jam was put on at Gorge Road, the immaculate public jumps just on the outskirts of town.  The MVP award for the weekend was handed out after a long session of blasting lips and huge flips, with Elmo Cotter was bestowed the honor and deservedly so, after attending each event from the weekend.

The take away from the weekend, beyond a host of new memories with friends and new friends alike, is that Kelly, while no longer here, will always be around in the hearts of the community and riders.  The sadness will always be there on the fringe, but as was said many times throughout the weekend, he is missed deeply, but people are just trying to live a life like Kelly would have wanted.  He lived a life of adventure, inspiration, and unwavering friendliness.  In his life, he was revered for these unflappable qualities, he was a pillar of the New Zealand mountain bike scene, and it’s because of his both literal and figurative, larger-than-life self and aura that he will forever be in the minds and hearts of those who knew him, wanted to know him, and believe in superheroes because of him.

Crankworx Rotorua took place a few weeks later, with the Slopestyle in memory of Kelly McGarry closing out the week-long event.  Afterward, we sat down with the Kelly McGarry Foundation while we were back in Queenstown to learn more about the foundation and how they are carrying McGazza’s memory forward with their efforts.  Over the course of the summer, we also sat down with a couple close friends of Kelly’s who shared some of their favorite McGazza memories, which are the lead-in to the KMF chat.  Listen on and learn about the real-life action hero’s legacy.