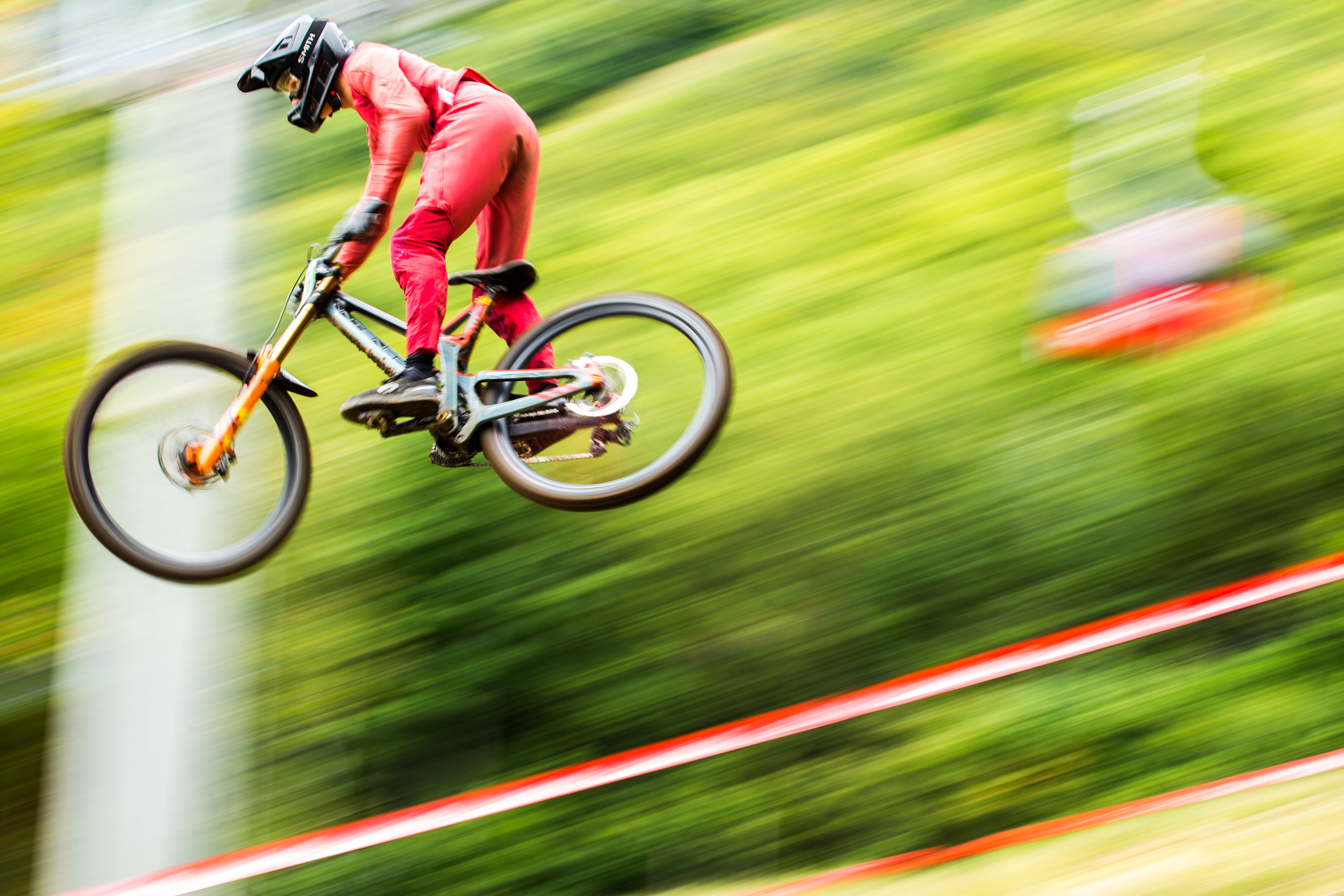 An extra day of practice feels weird. Riders aren’t building to anything on the gap day between Qualifying and Finals, it’s just another day to scope lines and find some extra speed. To say it was a little relaxed on track would be an understatement; cruise control was engaged 100%. Group B saw more action than A’s, which was unusual but welcome, as it was a little stale on the hill with XC World Champs happening all day… nothing like hearing a crowd roar while lazily waiting to hear a whistle somewhere up the hill signaling that something, anything was about to take place.

The Junior categories were firing off, as the youth still has the energy to enjoy riding on a chill day, while Elites saw a more conservative approach to the day, insomuch that a fair few riders of note took only 1 or 2 runs – many of them could probably ride the track at race pace after a single sight lap after all the years racing here; Minnaar has been to MSA 21 times… which is more times than Kaos has been alive, just for some perspective (a fact which was shared on track during a lull, by Kaos himself).

On a whole, a low key day while some amazing racing happening below – I was able to at least enjoy the live feed of Nino’s historic win [will need to watch Pauline’s on the replay], from the comfort of my room (after DH practice)… I’m not one for crowds, and it was a big one out there.

Some brief observations, regarding what riders were doing on track:

Someone might just uncork a heater and surprise us all, across all four categories, MSA seems to inspire in that way.