In between the 3rd and 4th round of the World Cups, I went to Greece for a wedding – not a typical mid-season departure!  Once I arrived back in Central Europe, I took a few days to explore, namely Munich and Morzine (yes, that is a long 7 hour drive West across Euroland).  After a brief recess from speed, dirt, and pit antics, the traveling circus found its way high up into the Swiss Alps to the stunning little town of Lenzerheide.  I enjoyed calling it “LAZERHORN”, but that never really caught on…

This magnificent area was like poetry come to life – to say we were all stoked to be there would be quite the understatement!  Right from the start, the sun was out and the temperature was soaring; it was beautiful and we were happy.  The track itself was a burly affair and made for equally exciting riding and shooting.  Both inside and outside the tape were buzzing with excitement over the various happenings with each passing rider.

I personally loved the region and being in such a storybook-setting, it is one of the venues I think both I and everyone else will enjoy returning to in 2016, if not for the lake, for the endless riding around the various peaks.  What started out with apprehension about a new track and venue, was soon replaced by enthusiasm and awe of the surroundings.  Some of those surroundings were also people, and these are photos of those people, from riders to soldiers, there is a healthy mix of characters represented:

Ivan is a wildman.

If you’re even in Munich, drop by Olympiapark, it’s a great place to just kick back and enjoy the afternoon.

I think this photo captions itself really. (Boris Beyer aka Maddog putting his new tattoo to good use).

One the raddest dudes around, and always good for an adventure and some laughs, Sammy C is a dear friend of mine, who I hadn’t seen in a number of years until Switzerland. It was too cool to have a reunion in the Swiss Alps, all thanks to the love for bicycles and the places they take us!

Switzerland has compulsery military service. Being a rather peaceful nation, they tend to have a lot of idle troops. So, they lend them out when a few extra hands are needed, like running security at a race! 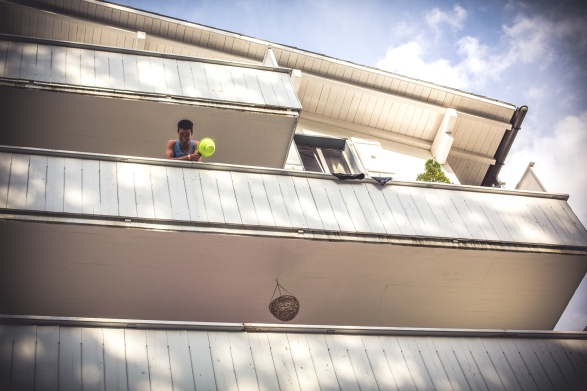 Kenta Gallagher is a former XC pro who joined us on the darkside of DH. Here, he continues his streak of cheeky shenanigans by dumping water on us as we arrive home to the apartment.

The Parkins are not twins. They don’t think it’s funny when you forget who is who. John and Rob give the track a thorough look, sorting out where to mine nugs for the week ahead. 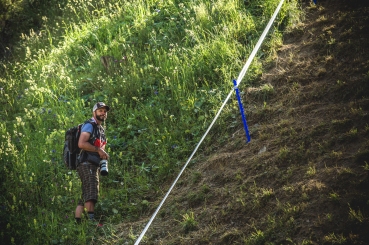 Matt Delorme is a wildman and a close friends from wayyyy back, as they say, and his affinity for caffine made for some funny mornings.

The ensuing carnage that came after this photo lived on in infamy for the rest of the summer. #Vanzacs 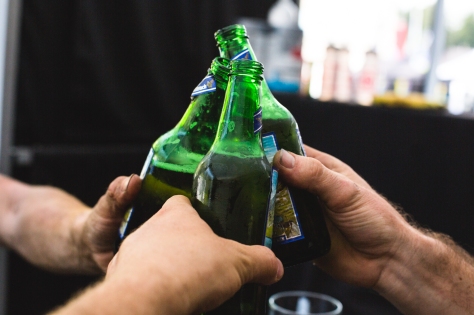 At the end of the day, it’s all about the love the sport, and having fun with your friends. Here, Tommy and I cheers with JT, as it was JT’s birthday! Huzzah! 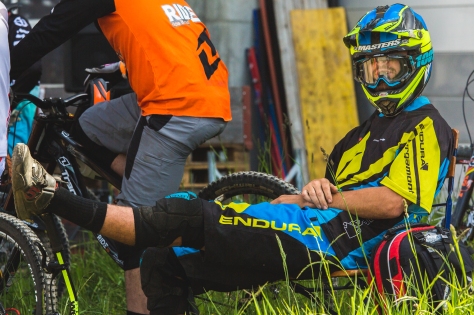 Eddy has some unorthodox pre-race rituals.

Florian aka Flo puts the finishing touches on Max’s bike. Another friends from Queenstown who swapped hemispheres to chase the sun. 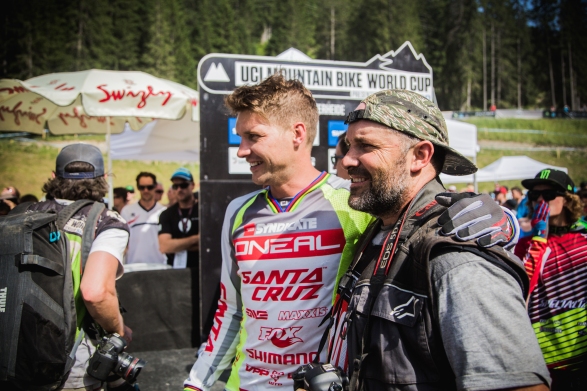 Another great moment: Greg and Sven Martin share a happy (trust me, they are happy) moment amid the chaos and exhaustion. Two legends of the sport right here. 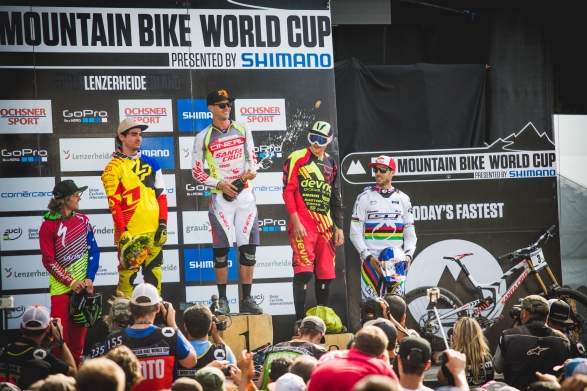 It was a truly memorable occasion, to witness history being made with Greg winning is 18th World Cup, Loic nearly winning, and Dean getting his first podium (a 3rd no less!). A tremendous race to have attended! 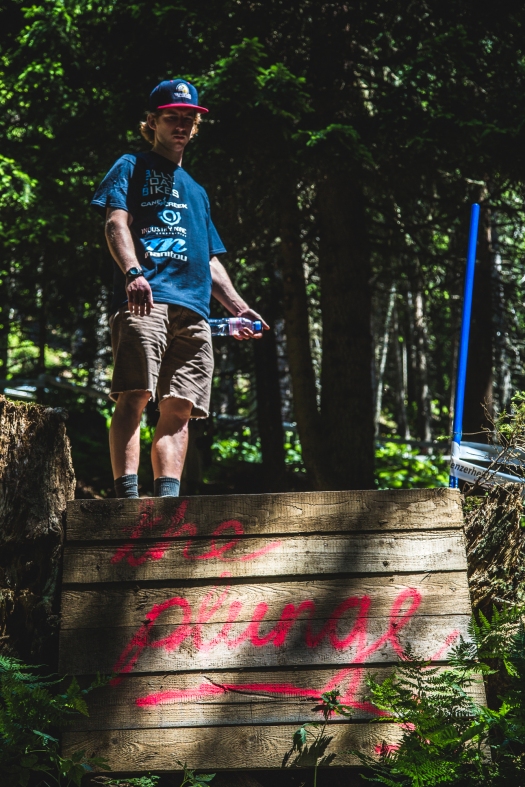 Max Morgan gave World Cup racing a solid go this season. It was very cool to see so many Americans out in Europe this year.

This is Michel the course marshal. She was very nice. 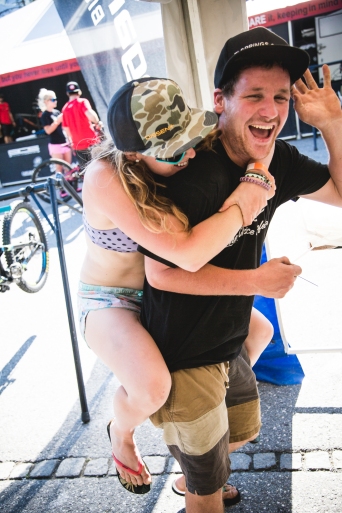 This is the kind of stuff that stands out the most in my mind about the summer: friends goofing about and just enjoying the summer. Casey and Rupert are a consistent source of laughs.

To me, this is a rad moment: Greg Minnaar had just become the winningest Elite Male DH rider in history and superfan “Ivan” made the trek across Europe to be there and witness the massive occasion; Here Ivan throws a casual fist-bump to Greg as he congratulates his favorite rider on the amazing feat.